Sant Lluc where the Demos will be hosted 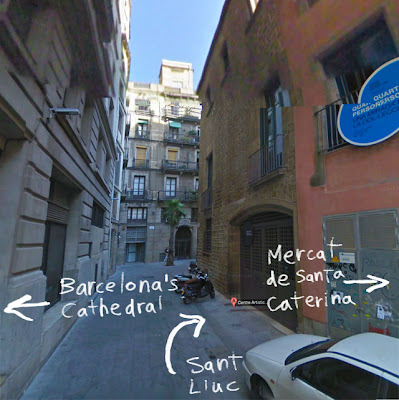 The Cercle Artístic de Sant Lluc is an arts society which was founded in Barcelona in 1893 by Joan Llimona, Josep Llimona, Antoni Utrillo, Alexandre de Riquer, Alexandre M. Pons and a group of artists who were followers of bishop Josep Torras i Bages. This art society had a pivotal role in the XIX and XX century Catalan culture. In its beginnings the society was typified by its vigorous defence of Catholic morals and of family virtue, and its desire to follow in the path of humility that was pursued by the mediaeval guilds.

Among its members, there are internationally renowned figures like Antoni Gaudí, Joan Miró or Perejaume. Other members include Dionís Baixeras, Iu Pascual, Joaquim Vancells i Vieta, Joaquim Renart i Garcia and Ramon Sunyer i Clarà, as well as Joaquim Torres-Garcia, Josep Pijoan, Feliu Elias, Darius Vilàs, Francesc d'Assís Galí, Eugeni d'Ors and other artists without religious commitment. It is considered to have been very influential in defining the noucentisme movement and in the important cultural resistance against Franco’s dictatorship. In 1993 it received the highest honour awarded by the Catalan government, the Creu de Sant Jordi.

Sant Lluc’s motto is "Sant Lluc is Drawing", and it is currently located in an old palace called "Palau Mercader" from the XVI century, next to Santa Caterina Market, whose roof was refurbished by Enric Miralles and Benedetta Tagliabue's studio.

Sant Lluc will host some of the symposium activities in three different spaces: 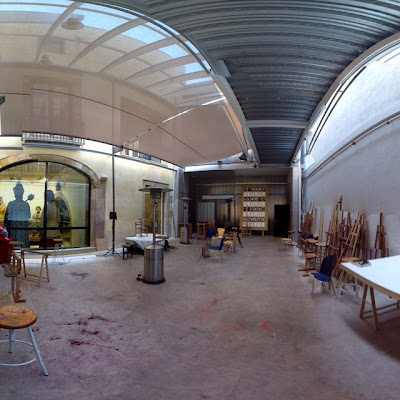 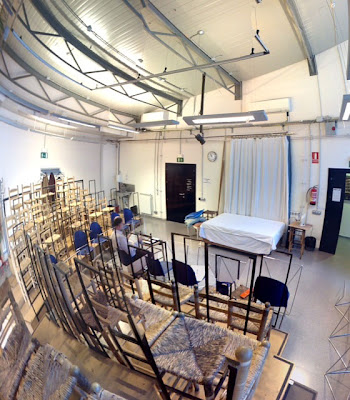 Adapted from Wikipedia by Sílvia Xicola

Email ThisBlogThis!Share to TwitterShare to FacebookShare to Pinterest
Etiquetas: Demos