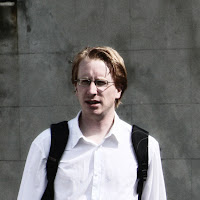 Florian Afflerbach studied architecture in Siegen, Cottbus and Paris and worked for over three years in an architect’s office in Stuttgart. He teached drawing at the University of Stuttgart, at the 2nd Urban Sketchers Symposium in Lisbon and as a freelance teacher. He holds a master degree in architectural communication and interpretation. Since 2007, his work has been part of exhibits and publications. From February 2013, he will work as an assistant professor in architectural display and spatial design.